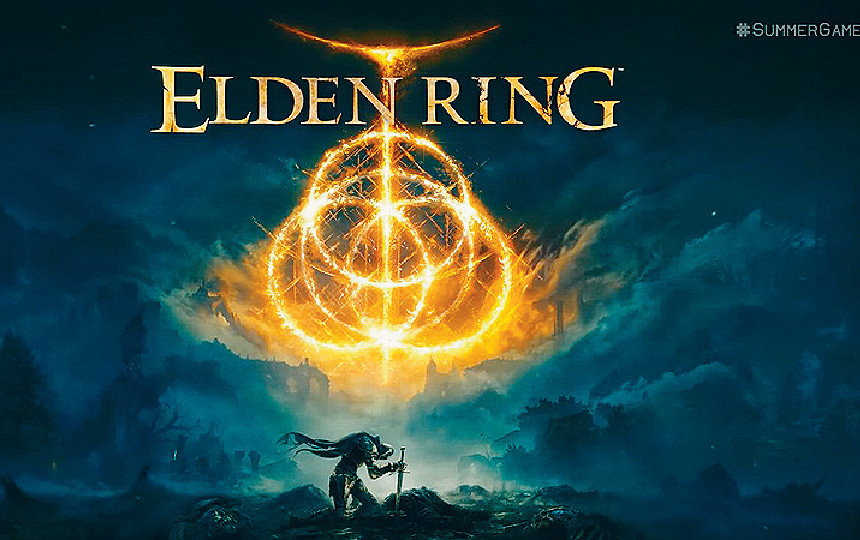 Where to get Smithing Stones in Elden Ring

Forged Stone 1 can be purchased unlimitedly at the [Twin Maiden Husks] merchant in the Hall of the Round Table for 800 runes. The premise is that you need to defeat the BOSS [Crystalian] located in the crystal tunnel of Lienya Rhea Lucaria in the lake, and he will drop it. Drop Smithing Miner’s Bell Bearing【1】and give it to【Twin Maiden Husks】in the Round Table Hall to buy Forged Stone【1】and【2】.
It can be dropped by gargoyle enemies in the Nimgfou-Mengliu Catacombs with a low chance of being dropped.
Nimgford – Church of Arey: Found on the blacksmith’s bench in the ruins of the Church of Islay at Blessed Point.
Nimgefau – Level Ahead: On a corpse on the cliff edge in the upper right corner of Nimgefau (next to the ruins), approaching will alert a giant ogre.
Nimgford – Ruins before the level: Go through the gate and follow the road until you can’t see the cliff on both sides, go right, look left, there is a circle of killed enemies on the ground and one dead On the chair, search for one of the corpses to get it.
Stonewell City – Room next to the elevator: Leave the room where the blessing is, walk towards the courtyard, then drill to the right to see a corpse hanging on the edge of the castle, search for the corpse to get it.
Stoneville City – Room next to the elevator: leave the room where the blessing is, do not enter the courtyard, go up the stairs to see the Storm Eagle, go through the alley and you can see a gap on the right wall, there is a woman in the room, this forged stone is in the room in the corner.
Stoneville City – Room next to the elevator: Go to the courtyard, follow the path and stairs, go straight to see the giant, lead the giant back to the courtyard and let him break the statue, the forging stone is in the statue.
Stonevale City – Cottage by the Door: Leave the cottage and go to the castle, then take the first stairs on the left, the forged stone is behind it.
Nimgford – Artist’s Shack: On the corpse outside the hut.
Nimgford – Nimgford Tunnel: The forging stones in this tunnel are basically everywhere, and there is a chance to obtain forged stones by gathering at any yellow glowing ore on the wall; there is also a rat in the tunnel. A total of 7 collection points can be obtained.
Nimgefau – Highroad Cave: On a corpse in a cave with lots of bats.

Forged Stone 2 can be purchased unlimitedly at the [Twin Maiden Husks] merchant in the Hall of the Round Table for 1600 runes, provided that the boss [Crystalian] located in the Crystal Tunnel of Lienarea Lucaria in the lake needs to be defeated, he will drop Drop Smithing Miner’s Bell Bearing【1】and give it to【Twin Maiden Husks】in the Round Table Hall to buy Forged Stone【1】and【2】.
Nimgfou – Ruins of the Mistwood: A crate can be found in a collapsed room in the ruins, open the crate to get this forged stone.
Stoneville City – Stoneville Main Entrance: Enter the small room from the door, and then proceed along the main road. When you reach the position where you usually need to jump down, continue to the right to see a doctor and jump over the broken wall to find this forged stone.
Stonewell City-City Wall Tower: Go out and pass through the first group of 3 Stormhawks, then continue to walk along the path without going downstairs, go all the way to the end of the upper area, when you see a pile of gunpowder keg, be aware that there will be enemy sneak attacks on the side , the forging stone is just behind the powder keg.
Stoneville City – Room next to the elevator: Leave the room where the blessing is located and walk towards the courtyard, then do not enter the courtyard, go up the stairs, kill the first Stormhawk, turn left, and go up another staircase, at the end you can see a A corpse, the forging stone is on the corpse.
Stoneville City – Room next to the elevator: leave the room and walk towards the courtyard, then without entering the courtyard, go to the location of the Stormhawks, go through them to the open courtyard, you can see an alley (there is an ogre on the stairs on the right ), this forged stone can be found on the corpse at the end of the alley.
Stoneville City – Cottage by the Door: Leave the room and walk towards the castle, then take the first stair on the left, go down a little and you will see the forged stone.
Lakeside Crystal Cave – Lakeside Crystal Cave: On the bottom corpse of the purple crystal room.
Nymgef-Malika Third Church: Go to the northwest and you will see a spring, next to a huge bear fighting a wolf, this forged stone is on the corpse of the rock in the lake.
Entrance well (deep) of Nimgefr-Sivra River: Go towards the building, there are several enemies with spears at the main entrance, and there is a corpse on the wall next to the stairs on the left.
Lake Lienia – Rhea Lucaria Crystal Tunnel: A total of 5 forging stones [2] can be found in this tunnel, and materials can be collected from the yellow glowing crystal.

It can be purchased for 2400 runes indefinitely from the [Twin Maiden Husks] merchant in the Round Table Hall, provided that you need to find Smithing Miner’s Bell Bearing [2] in the treasure chest of [Lienia-Sealed Tunnel], and give it to Forged stones [3] and [4] can be purchased from the [Twin Maiden Husks] in the Round Table Hall.
Stonevale City – Stonevale City Cliff: Return to the jumping cliff from the Blessing Point, watch out for another enemy sneak attack near the Stormhawk, defeat them and follow the path to the right of where you jumped down. In the open area above, there is a storm eagle eating next to the forging stone. Note that there are two other storm eagles that will sneak attack from the gold tree behind, defeat all enemies to pick up the forging stone.
Lienia-Ravine-Veiled Village: Climb up the ladder against the wall, enter the cave, and keep going until you see a stone pillar, a forged stone can be picked up on a nearby corpse.
Lienia of the Lake – South Gate of Rhea Lucaria: Go back to the south gate along the way, you can pick up the forged stone on the corpse next to the enemy of the truck.
Lake Lienia – Rhea Lucaria Crystal Tunnel: You can find 10 Forged Stones [3] in this tunnel, collect materials from the yellow glowing crystal.

Forged Stone 4 can be purchased for 3600 runes from the merchant in [Twin Maiden Husks] in the Round Table Hall. The premise is that Smithing Miner’s Bell Bearing [2] needs to be found in the treasure chest of [Lienia-Sealed Tunnel]. Give it to the [Twin Maiden Husks] in the Round Table Hall to buy Forged Stones [3] and [4].
Back Entrance of Galid-Gail Tunnel: Go to the next area from the campfire point to get this forged stone from the ore on the wall.
Gayleid-Gail Tunnel: You can find 7 forging stones [4] in this tunnel, and collect materials at the yellow glowing crystal.
Lienia-Ravine-Veiled Village: Climb up the ladder against the wall to enter the cave, and then pick it up from where the Quarry knocks on the wall. There are many other similar locations where smithing stones can be obtained.
Entrance Well (deep) of Nimgfo-Sivra River: Go to the building ahead, there are enemies with spears at the front entrance, you can pick them up by taking the stairs on the right.
Entrance Well (deep) of Nimgefr-Sivra River: There is a corpse next to the waterfall near the stairs (and several enemies nearby).
Lakeside Crystal Cave – Lakeside Crystal Cave: On the bottom corpse of the purple crystal room.
Leyndell, Royal Capital-East Capital Rampart: Continue walking towards the city wall (a lot of white enemies around), jump to the lower level on the right (there are fire-breathing enemies next to it), turn around to find the corpse in the room.

Lienia on the Lake – The Ravine: Follow the valley all the way down to the water area, which can be found on the corpse at the end of the hut.
Galid-Seria Crystal Tunnel: Found in the first main room, requires breaking the ground and walls.
Lienia on the Lake – Main Entrance of the Academy: Go to the bridge to the northeast to see the red summoning marker, defeat the red invaders and then go back to your world, in the same position near the bridge, talk to one of the people who helped get.
Lyndell, Royal Capital-West Capital Rampart: Jump to the lower level to enter the great room on the southwest side, enter the door on the right, which can be found behind the weapon rack on the right.

Leyndell, Royal Capital-East Capital Rampart: Continue on the road after the elevator, enter the building with 3 paths, choose the way back to the courtyard with an enemy, the forged stone is on the body.
Lyndell, Royal Capital-Lower Capital Church: Right outside the church, watch out for enemies nearby.